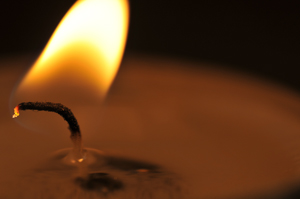 How to Keep from Getting Burned Out

In our efforts to answer the Christian call to love our neighbor, we can often become consumed in our works of charity. It’s great to say yes to God. It’s wonderful to do good in our family, community, church, etc. But it’s also important that we don’t burn ourselves out.

Speaking to this topic, I would like to share with you the following excerpt regarding a priest who found himself burned out in the midst of an overwhelming load of ministry work. See if you can relate to him and how you can resolve this problem.

A priest I once met in Massachusetts went to his bishop back in the late 1980s and told him he was finished with his priesthood, burned out with nothing left to give. His bishop told him he would allow him to go only if he first traveled to Rome to personally tell Pope John Paul II of his decision. The priest went as he was told, and in a private audience said to the Pope, “My priesthood has no meaning to me any longer.” The Pope replied, “Father, do you pray?” The priest said, “No. I was too consumed with my ministry to pray. I stopped years ago.” The Pope said, “Take one year to learn again to pray and come back to see me. If you still wish to leave, I will make certain you can be laicized.” By the end of that year, he had changed his mind. He said, “I realized that I was not burned out; I was dead. To be burned out you have to first be on fire. But I was not on fire, I was dead because I was severed from the source of life: my prayer. Now, I burn.”

You can find this article in it’s entirety at the Neal Obstat Theological Opining blog.

Attended first retreat in June 2010. A convert to Catholicism, Ricky came into the Church in 2008 and has been on fire ever since, having served as a catechist and parish leader. He blogs about faith at LeadersThatFollow.com. He is the author of Seven Lessons in Leading People to Life Change, a practical guide for living your faith, leading people into relationship with God, and building up the Church. Together with his wife Johana he founded The ROCK Association a 501(c)3 non-profit organization that has as its mission providing resources, training, and the construction of buildings for the the purposes of faith formation. They are currently building a convent in Tanzania, but they make their home in sunny Los Angeles, California with their two young boys (and baby #3 on the way).